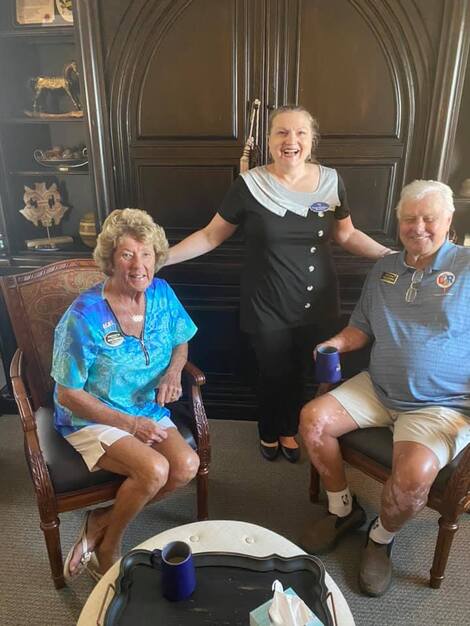 The wonderful world of Lake Havasu City is located on Arizona Highway 95, 19 miles south of Interstate 40. The city borders on the Eastern Shore of 45-mile long Lake Havasu, which is formed by Parker Dam on the Colorado River. Our elevation is 575 feet above sea level.

The 2010 census shows our population at approximately 53,000, making the city a major population center of southern Mohave County. Statistics show the average age of Lake Havasu City residents to be 35-40 years old.

Approximately 6,300 children attend the city’s six elementary schools, one middle school and one high school, along with a vocational school as well as private and charter schools.

There are approximately 4,700 businesses and/or professional offices active in Lake Havasu City. More than 35 churches of various denominations hold religious services and we are proud of the 150+ clubs and organizations here in Lake Havasu City. The local hospital serving the city is Havasu Regional Medical Center which is located at 101 Civic Center Lane. The hospital is a 171-bed acute care facility offering many services including a state-of-the-art Cancer Treatment Center, Level III Certified Trauma center, Accredited Chest Pain Center, Wound Care Center with Hyperbaric Oxygen Therapy, Orthopedic Center of Excellence for Joint Replacement and a 19 bed Skilled Nursing Unit.

Surgical services at HRMC include open heart, complex spine, orthopedics, neurosurgery and other surgical specialties. HRMC also operates the  Havasu Surgery Center, which offers an alternative location for outpatient surgeries and procedures. For more information about Havasu Regional go to havasuregional.com or call 928-453-0139.

There are more than 1,500 hotel/motel and condos available for guests; it is strongly urged that reservations be made in advance. The convention hotels provide over 15,600 square feet of professionally managed meeting facilities, accommodating groups of up to 450 each or combined up to 1,000 people.

We enjoy the benefits of a branch of the Arizona Department of Economic Security, Job Service. You will find their representatives fully familiar with the requirements of the community. They are located at 2031 Spawr Circle or call (928) 854-0350.
It is our recommendation to anyone considering relocating to our city to arrange a preliminary visit and personally investigate our city’s potential. Please explore this website hosting information about our member businesses, calendar of events and job opportunities.